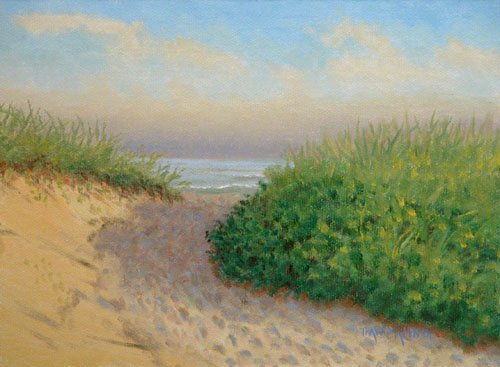 “Anniversary”, this is a small painting, 6″x 8″, oil on canvas panel. This painting has SOLD.

I am celebrating this week as it will be my 4 year anniversary of doing a painting-a-day. I still can’t believe it. It was also the anniversary of the man I met on this beach path who handed me a beer while I was finishing this scene! Happy Anniversary to us both!!!

Comments feed for this article

This site uses Akismet to reduce spam. Learn how your comment data is processed.